AND number of people cycling “flatlined over the past decade.” 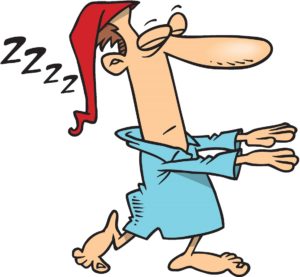 The Times 17 May, 2018 buried this on page 21. It spared its own blushes as well those of former Deputy PM Nick Clegg, former London Mayor, Boris Johnson, and the autophobic cycling lobby Sustrans. When Nick was deputy PM he tweeted that he wanted to see the number of cyclists double by 2020, and he may have been behind the £214m Ambitions Grants to UK cities to try to bring this about. Boris ,when he was Mayor, said “Let’s make Britain a cycling country.”  Sustrans, the recipient of a vast amount of this money to give effect to it, had as its vision statement that one driver in five would give up his or her car for a cycle for all short journeys if there were cycle lanes to cycle on.

No market research, just wishful thinking by cycling zealots having an exaggerated sense of their own importance with an entitlement to safety on the road. It was based upon an exponential growth of cycling in London because of the cost of living there, especially hard on young people, and a naïve belief that the cycling culture in the Netherlands and Denmark could be replicated in UK’s narrow, twisting, congested urban streets if cycle lanes could be squeezed into them. And they wanted to save the planet and combat obesity at the same time. A tiny tail wanted to wag a very big dog.

A cold douche in the article: The average adult made only fifteen journeys by bicycle in 2016, two fewer than ten years earlier.

“Cycling has flatlined over the past decade as traffic has risen steeply.” Measure this against – and despite Austerity cuts elsewhere – £1.2bn is allocated to this: “The government wants cycling and walking to become the norm by 2040 and will target funding innovative ways to encourage people onto a bike or to use their own two feet for shorter journeys. Plans include specific objectives to double cycling, reduce cycling accidents and increase the proportion of 5 to 10-year-olds walking to school to 55% by 2025″.

And if once you don’t succeed, fail, fail and fail again

See how the report in the Times article was worded: The Report by Rachel Aldred, a reader in transport at Westminster University, will fuel demands for an increase in the number of segregated cycle lanes. She said that British cyclists were four times as likely to be killed as those in the Netherlands, where cycle lanes are more common.

And we have this nonsense; The government is likely to consider imposing mandatory passing distances to prevent motorists overtaking too close to cyclists on busy roads. In London it’s the cyclists who overtake too close to motorists!

When you worry about the overstretched NHS take account of the fact that the article said that Dr. Aldred suggests “that the true scale of injuries could exceed 125,000.” Cycling will always be dangerous. How many people do you personally know killed or injured on roads near to you?

No-one owns up to this cock-up. And there is no sign whatsoever of second and better thoughts.

The moral of the story, the explanation why I have hit the fan so many times after I successfully challenged cycle lanes for non-existent cyclists in Gosforth High Street, Newcastle – the State protects its own, regardless of cost and consequence, waste, and wantonness, and maybe corruption, and no-one tries to stop them. Instead the apparatchiks working for the Local Government and Legal Ombudsmen and the lawyers in Bindmans LLP and BLM LLP lend it a friendly, helping hand. The Ombudsmen themselves, hands clean, pockets lined. And the media? Not a word.

Here, the Department for Transport should be focussing on the coming of electric autonomous vehicles not on urban cycling, especially charging points for them. That is where the big future lies. Of course, they also have a little job trying to sort the railways out too.

PS Miscalculations? TfL, Transport for London – with a little £1bn miscalculation on Crossrail – managed to get only 3,672 Londoners to approve partially or fully their major plan to squeeze cycle lanes into road system at Swiss Cottage and expects Londoners in Hampstead to switch from car to bicycle when they have done so. Electric chargers by 2050 if you are lucky.