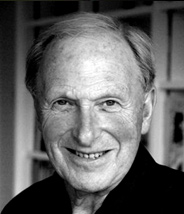 THE BUZZ WORD IS 'INCLUSION'.

The future of the school I was associated with was uncertain for many years. Parents who fought to keep it open were swimming against a strongly running tide that constantly threatened to engulf it. 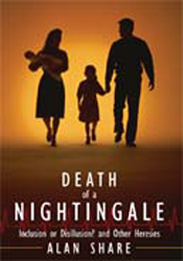 THIS LOCAL AUTHORITY CHANGED ITS MIND

As I write this, the school is still open. I still have snapshots of it in my mind from the time I joined it as Governor in 1988 until I left in 2004. A head teacher had a great staff, the pupils were bright-eyed, happy purposeful children, enjoying their school days, they helped each other along the way, and their parents were happy. The school's mission statement was:

I couldn't have written Death of a Nightingale without that in the background. I must stress that it is a different story and a piece of fiction. I dedicate it to all those people working with special needs, to children with special needs and to their parents. I came to have a huge respect for all of them. In their interests I would like to combat the stigma that moves towards inclusion have wrongly attached to special schools. This is important since the tide towards a policy that was based upon the dogma of inclusion and not upon its practicability and its suitability, is now on the turn.

The Coalition Government issued a Green Paper in March 2001 stating that the bias towards mainstream schools should be ended.

The Prologue Explains It All

The play "written to be read" in 2008 has changed, it is shorter, better and different. Times have changed too. However, the Prologue to the book remains the same.