Must Integrity be a Lost Cause? Essential Reading for students of Law, Politics & Sociology 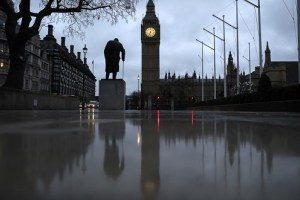 I have just finished reading The History Thieves by Ian Cobain. It demonstrates the length the State is prepared to go to cover its tracks, obfuscate “transparency”, bury the evidence of serious malpractice by shredding, incinerating, imprisoning the countless files that record it. There is also the smokescreen of the public enquiry, often a delaying tactic with the same intent. Grenville Towers, for example, was simply due to the negligence of the State in 2006 when Labour was in power. It provided the building regulations legitimising highly flammable tiles used by the Kensington & Chelsea Council, literally a quick fix at the time. The Power Report another example. Chilcot another.

If you have been following my Blog you will see that I have been very troubled why highly respected, and deservedly respected, human rights lawyers, Bindmans LLP, should find reason to ignore totally a 100 page dossier with evidence critical of the Local Government Ombudsman’s handling of my complaint and refuse to write the pre-action protocol letter I had paid them to write, to initiate judicial review. The issue was scarcely earth shattering. Cycle lanes on Gosforth High Street in Newcastle for non-existent cyclists, and its handling by Newcastle City Council. They did not say that an action for judicial view was unlikely to succeed. They said that it was “bound to fail”. On this account their professional protocol prevented their writing the letter.. For good measure, mine did as well, as a non-practising barrister. They even repaid some of the money I had paid them!

Doesn’t all this cause you to wonder why?

This was the second time that something like this had happened to me. When I was helping parents of the special school in their successful campaign to keep their school open, a firm of solicitors we were consulting suddenly decided that it did not want to handle educational matters and dumped their client – just before I was due to have a conference with a QC. This is archival stuff, best left in the archives.

Now I see it. The State can do no wrong; very importantly, if at all possible, it must not be seen to.

The Left, still influenced by 19th Century Karl Marx long past his sell-by-date,puts it about that the State – the Public Sector – is always benign, enlightened, well-motivated, incorruptible, clean-handed, meanwhile private sector capitalists, on the other hand, especially the Jewish ones, and bankers are responsible for all the world’s ills. Some maybe. I would not excuse Fred Goodwin, CEO of Royal Bank of Scotland who, in 2008 Credit Crunch, announced the loss of £24.1bn, the largest loss in UK’s corporate history, knighted in 2004 with the blessing of No More Boom and Bust, feather–light touch Gordon Brown. I would not excuse the late Robert Maxwell, Labour MP for Buckingham who fraudulently misappropriated the Mirror Group pension fund. They are not immune from criticism, but all the ills of the world? Certainly not. For the Left no-one must destroy their myth of the State’s infallibility and, as they see mistakenly see it, capitalism’s fault-line, profit. They live in their own little world, in the libraries of their little minds no substitute for the complexities of real world. They could not be more wrong.

Meanwhile, the Right believes it has a divine right to rule. Don’t question their innate competence. U Turns are bad electoral news. And, lawyers must earn a living somehow or other. Yes, some true to their profession, but others with their own agenda. Civil Servants want to keep their jobs for better or for worse, especially when for worse. But, accountability? Perish the word. Forget it. And some in Oxbridge still live in their same old ivory tower. “Benedictus benedicat”. They continue to teach their students the errors of their ways, treasuring what reinforces their own early beliefs and binning anything that doesn’t.

War is a dirty business. I don’t blame the State when it fights fire with fire. Fighting Terror in an asymmetrical war is not going to be run on Queensbury rules. We have much to be extremely grateful for. But cycle lanes on Gosforth High Street, Newcastle for non-existing cyclists surely isn’t that. Alas I suppose that protecting Ombudsmen who should represent the citizen against the State but operate the other way around – neither a check nor a balance – is a war in some people’s eyes.

Realise the danger. Errors remain uncorrected. The 70-year-old design fault in the NHS remains unacknowledged and unattended. The State has the sole responsibility for your health, even when A &E is besieged by intoxicated yobs on a Friday and Saturday evenings, when obesity is visibly a problem, when smoking kills. In Education, size 7 shoes fit size 7 feet, but uncomfortable for size 5 feet and impossible for size 8. Equality of Opportunity to go to University may make an appeal to half of a school, but Opportunity and Self-Esteem are ignored for the other half. “Parity of Esteem” is a nonsensical aspiration. And we have to import the skills we have lost in pursuit of it. Meanwhile when it comes to the State finding the money it needs, taxing it or printing it is so much better than finding ways to get the private sector to generate increased profitability to pay for it.

In the UK today integrity has given way to expediency. This is how Democracy can degenerate into Autocracy.

Here, sorry you crusading cycling zealots, you do not have an equal right to be on UK’s roads, you have a right to be on some roads, others have a greater right, and your health & safety cannot be guaranteed. You are a minority. Sustrans, the auto-phobic cycling lobby, has a right to lobby for you, but the State should not have been made them an agent of government, local as well as national. The State has gotten it badly wrong here.

The file that the Minister of Transport, Jesse Norman, should instruct his officials to shred with my full approval: Cycling and Walking 2040. The sooner the better. Instead, open a brand new one: Electric Autonomous cars and their charging points 2020. Just switch the funding.

And you, especially in the media, browsing my website, when you see something, you can’t un-see it; but you can ignore it. Just how long are you going to do so?

PLEASE COPY THIS TO YOUR FRIENDS & COLLEAGUES