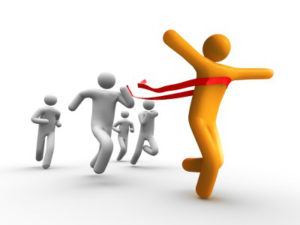 The Pursuit of Excellence

We are equal only sometimes, unequal most times, different always.

Likewise with our rights.

Sometimes Rights are just Dreams, right for some but wrong for others. Why does the Left so often disappoint?

They raise the hopes of the ones they are trying to help and then they dash them. They think that by passing a law, creating a right, they immediately create a benefit. If only it was so simple.

Sometimes, in relation to colour, race, creed, and gender, rights are sacred, universal, and fundamental “human rights” . But often other rights are just aspirations, expectations, claims to be measured against other people’s legitimate claims, and to be costed and researched.

Some on the Left blur the distinction when they introduce the word Equality. But when rights conflict – and quite often they do – fairness not equality is the tool of reconciliation. The Left promotes the claims of the have-nots, now labelled the disadvantaged, but loses sight of the claims of the haves and the would-haves, the majority. They have their rights too for instance, as you will shortly see, in schools and on the roads.. Most people don’t want to be equal to everyone else anyway. They like to be different. Their diversity matters to them.They go with fairness, and many want to be excellent in what they do, at times profoundly unequal.

Meanwhile Human Rights Lawyers think that by simply labelling all the rights they create, under the banner of Equality, “Human Rights“, they wave a magic wand  that will make wrongs disappear. That is just wishful thinking. The wrongs do not disapear. As I say on the cover of my book Death of a Nightingale, “the lawyers asserting those rights enjoy the fruits of Utopia whereas everyone else has just a partial glimpse of it.” They don’t work in the real world. They work with a polaroid view of it.

Now I come to “Death of a Nightingale”

As luck would have it I have witnessed this twice over, two very different experiences.

This explains my frustration, my irritation as I attempted to deal with them. I may have helped others score limited victories, but I still haven’t triggered attention to the wider problem that I flag up here and also in “Death of a Nightingale” – play, book, web-site, and Blog.

In the first, as chair of governors of Barbara Priestman School, a special school in Sunderland, I helped the parents in their successful campaign to keep their school open. It was a school valued by teachers, carers, pupils and their parents for its excellence. Meanwhile over 100 other special schools in the UK – some also with a name for excellence – were being closed under the policy of Inclusion.

There was the wider picture

Here a few crusading zealots in a debate in the House of Lords secured a right for children with special needs to go to a mainstream school. Without in depth knowhow they persuade the State to meet their need by passing a law and adopting a policy that does so. Everyone else must then live with the consequences and pay the price.

Yes, it was right for some, but positively wrong for many others denying them the time and skilled attention they needed. Endemic bullying, the price most had to pay and, with it, mental problems, and a loss of self-esteem. Even Baroness Warnock subsequently said of the policy ‘possibly the most disastrous legacy of the 1978 report was the concept of inclusion;” this despite best endeavours to make it a success and funding not the problem.

They designated this as a “human right”, excellence was sacrificed, and money and cost/benefit analysis didn’t come into it at all. Once they did this, it was sacrilege to question it or criticise anyone implementing it. It was legitimate to resort to smear tactics and suppression as ends justifed means.

The Treasury should have intervened, but it didn’t. It didn’t factor in human fallibility, especially its own. It didn’t anticipate long term costs that far outweigh any short-term savings. No-one did.

After that, the State-operated ratchet took over in schools and university courses. No going back even when the right to mainstream education did not create the intended benefit, sometimes a real detriment. Times Ed played its part. It quickly lost it early interest in Death of a Nightingale when it realised what it was about.

As I have said elsewhere, the warning lights have been set permanently to green and State inertia is the norm.

Are you beginning to see size of the hole in their bucket?

In the second, I helped the local community in Gosforth, Newcastle, in their campaign to stop cycle lanes narrowing and further congesting an already narrow major arterial road disrupting the vibrant life there for non-existent cyclists. No-one is any longer suggesting them here, and there is no widespread local demand for them. None.

Here there is a bigger picture

Cyclists in London – another group of crusading zealots – somehow managed to get Sustrans, a cycling charity and an auto-phobic cycling lobby based in Bristol, become the nation’s urban transport manager, funded it to the tune of many millions of £s, empowered it, and defended it, all hush hush in consultation procedures. Sustrans is not just a bull in a china shop. It’s been put in charge of it.

Nationally, in the hierarchy of urban road users and their rights and responsibilities on the road, cyclists are bottom – ambulance, fire services, police first, bus passengers and taxis next, artics and delivery vehicles next, cars next, and last, because they are nationally in a considerable minority,pay no tax with 3rd party insurance not compulsory, comes cyclists especially if they are recreational. Yes, their safety is important, but fatalities and serious accidents will always happen whatever the rules of the road and money spent. All road users are fallible, including the cyclists themselves; all are capable of the unguarded moment. Add to this most of our urban roads are narrow, twisting, and busy. In Bristol, Britain’s first cycling city, and home of Sustrans, the accident rate up over 60 per cent in recent years tells a story.

And for those who think that the future is the bicycle not the (autonomous) electric car I urge them to look away from Copenhagen and Amsterdam where their cycling culture is built into the physicality of those cities but at Beijing where cycling has come and now quite definitely gone.

The searing experience of the first encouraged me to write my play Death of a Nightingale and stage it in London explaining it in my book, my website, and my blog. The second encouraged me to record in 25 separate posts every step of the way as I tried to put into the public domain the institutionalised cover-up and to illustrate why there are so many unnecessary cock-ups.

Although there is a good deal of repetition, for any student of law and politics two detailed case studies vividly demonstrate what can happen when you allow democracy to degenerate into autocracy, how public accountability can become a gigantic charade , how the law can be subverted, how even human rights lawyers can be subverted , and how spending priorities can be seriously distorted.

On whose side is everybody on here?

It has become legitimate to resort to censorship and suppression when ends justify means.

Soundbites and tweets.These are just words. Slogan words like Inclusion, Equality, The Disadvantaged, Parity of Esteem, Human Rights are a gift to the lazy, slipshod amateur politician (including Donald Trump) when they substitute them for intellectual rigour; they make research, costing, meaningful consultation and other people’s rights all irrelevant.

Likewise the words Envy of the world and Free at the point of use. The State – without involving you and it’s your life – remains entirely responsible for your health; and those words make any question about an alternative approach for funding the NHS impossible even though working well in Germany, Holland, and France. Meanwhile the NHS continues to be used as a political football, for the Left the best football in town. It’s high time to fix a 70 year old design fault.

When it comes to words, please also note that “Freedom of Speech” includes “Free to Speak” and “Freedom to be heard”. Student debt imperils the first. Corrupting the word “Ombudsman” – (Legal, Local Government, Financial, Consumer) gags the second.

Equality before the Law? Ho! Ho! Envy of the world? A hundred years ago maybe. Democracy itself another word without proper substance. Essentially it should be public consent to its decision takers with proper accountability. In fact, it is largely a Punch & Judy show and a make-believe world without any public accountability at all, and with procrastinators not decision takers. UK once a great country, has now lost its way.

For their own separate reasons, the Left and the Right, each in their own silo, collude with this.

Some like it that way with totalitarian or authoritarian instincts, others simply want to keep their well-remunerated jobs in life. Understandable but not justifiable, sometimes hypocritical, and urgently needing attention.