It IS Cycling Madness. What a Waste of Money! 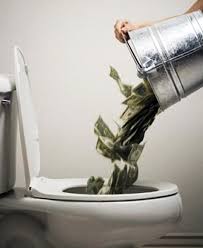 Was there any market research or even a pilot scheme before the Department for Transport and HM Treasury approved this spend?

£1.2 billion long-term plan to make cycling and walking the natural choice for your shorter journeys.

Your Journeys on your bike?

To work, the weekly shop, the football match, dining out, an evening concert, the pub, Friday night out, family outings with the kids, dance clubs, choral societies …

And an aging population, hills, dark nights, cold, wet and windy weather, inhaling toxic carcinogenic fumes, unguarded moments by anyone and the serious risk of broken bones …or worse.

“The government wants cycling and walking to become the norm < for you> by 2040 and will target funding innovative ways to encourage people onto a bike or to use their own two feet for shorter journeys.Plans include specific objectives to double cycling, reduce cycling accidents and increase the proportion of 5 to 10-year-olds walking to school to 55% by 2025″.

“The £1.2 billion of <your money> is allocated as follows:

£476.4 million from local growth funding to support walking and cycling

In addition, the government is investing an extra:

And for an illustration of built-in chronic inertia it would be difficult to beat this:

“ Under the Infrastructure Act 2015 , the government is required to set a ‘Cycling and walking investment strategy’ for England. This is the first of a series of shorter term, 5 year strategies to support the long-term ambition to make walking and cycling the natural choice for shorter journeys by 2040.”

The insanity is entrenched. It will need another Act of Parliament to undo the damage. The Department of Transport in London has allowed itself to be hijacked by an ego-centric, auto-phobic cycling lobby, Sustrans, saying they want to slow traffic down – media silent as the grave.Theirs. It would appear to be totally unaware of the urban environment North of Watford, UK’s narrow, twisting urban streets and the imminent arrival of thousands of electric cars.

And a lot more work for the NHS.

And is Market Research a bit too expensive for the Treasury?