Oxford – the Nursery of the Political Elite -“A force confining” for the Intelligentsia, Lawyers and Mandarins? Clever? Yes. Street-wise? Never in the world, the real one 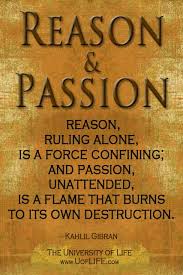 Come with me into Oxbridg’s Echo Chamber as I validate that. In my next I will suggest how to deal with it. I hope that the Left will not find it an anathema to their egalitarian instincts.

While I await with some curiosity to see how BLM will respond on behalf of Bindmans LLP to my Pre-action Protocol Letter initiating my claim for £2,500 and damages I want to bring into even sharper focus my early Oxford experience. They have until January to respond to it, so I have plenty of time to write about the world they are doing their level best to defend from my barbs.

I haven’t done badly with my life.  As an alumnus of Merton and Oxford, I must give credit where credit is at least partially due.  It may even be the case that the brain exercises of Latin and Roman Law help me now to write this.

If my time at Merton didn’t set me up as well as it might have done for a career at the Bar, that was as much my fault as theirs. Probably more so. But I can still flag up its short-comings in the context of a varied and successful working life

In my last post I flagged up the fact that Roman Law that threatened no-one was preferred to Comparative Law that would call into question many aspects of the legal system in the UK. And should.

“The libraries of the mind” or the real world?

Here I want to go further. In the Prologue to my book Death of a Nightingale I wrote “Inclusion is a concept that is absolutely wonderful in the libraries of the mind. It is not always quite so wonderful in the classrooms of the real world, especially if vulnerable children are excluded when they are supposed to be included, made to feel unwanted, and at its worst, shoehorned into a hostile environment. Today’s classrooms are populated by far too many bully boys and girls …”

Size 7 shoes do not fit all. Never have. Never will.

What else do academics, lawyers and politicians work out in libraries of their minds and not in the real world? As Oxford is a nursery to the political elite Government Ministers, Judges, and Mandarins, this is surely an important question. Clever? certainly. Street-wise? Read on.

Here is a recently reported event in the real world.

“Wedgwood ceramics, once one of the UK’s most famous industrial brands, has been sold by its US private equity owners to a Finnish company better known for making scissors and garden equipment.

Fiskars Corporation is paying $437m for Waterford Wedgwood Royal Doulton, the formerly Irish-listed crystal and ceramics company that was bought out of administration by KPS Capital Partners, the US private equity company, in 2009.

Waterford Wedgwood was burning cash at a rate of $110m a year when it was taken over by KPS. Under private equity ownership, it broke even in the first year and has grown earnings before interest, tax, depreciation and amortisation by $150m over the past six years.

You can’t just blame competition from China and the Far East for the loss of these great companies to the UK when the rescuers come from the USA and ultimately a company best known for making scissors and garden equipment in Finland. If we go it alone after Brexit high time we understood why.

My first tutor was John Jones. He was to become was the Professor of Poetry at Oxford from 1978 to 1983. He had had a first-class degree in Law, but his first love was Wordsworth. Following him, and not for long, Norman St John Stevas, later Tory MP for Chelmsford, author, and barrister, Minister for the Arts and Leader of the House of Commons under Margaret Thatcher from 1979 to 1981, made a life peer in 1987. At the time I don’t think I recognised how brilliant both these men were.

Norman St.John Stevas “walked as well as talked”.  While his party was in power he is credited with introducing Select Committees making the Executive more accountable to Parliament. The Left is very good at “talking”, but not very good at “walking” when it is in power.  The Public Service Unions may have something to do with that. In the public sector jobs are more important than competence.

Sadly, today I can remember my tutor only for his yellow snuff stained handkerchiefs.

Now I come to the ironic part of my tale.

From 2002, Sir Ralph Wedgwood was a Lecturer and Fellow in Philosophy at Merton College, Oxford, and was promoted to full professorship in 2007. If you had been a Law student at Merton, you would have had him as your tutor.

Wedgwood, born in Vancouver, was educated at Westminster School, before taking a BA in Classics and Modern Languages at Magdalen College.

He has just published a book entitled “The Value of Rationality”. This is the descriptor: Ralph Wedgwood gives a general account of the concept of rationality. The Normativity of Rationality is designed as the first instalment of a trilogy – to be followed by accounts of the requirements of rationality that apply specifically to beliefs and choices. The central claim of the book is that rationality is a normative concept.

If anything was worked out in the library of his mind it is this, and at very considerable length.

Lesson One in Street Wisdom

When I left Oxford, my career at the Bar, my political involvement and entered the real world I soon discovered that the very last thing you should ever believe was that the world was a rational place. And when I married my partner Ros, and she introduced me to Psychology that had been included in her first degree course at Newcastle University, I began to understand why. It was another big gap in my own studies at Oxford. Not just mine!

I give you here a three-paragraph answer to Ralph Wedgwood’s Trilogy.

Kahlil Gibran writes in The Prophet:

On reason and passion – Your reason and your passion are the rudder and the sails of your seafaring soul. If either your sails or your rudder be broken, you can but toss and drift, or else be held at a standstill in mid-seas.

For reason, ruling alone, is a force confining; and passion, unattended, is a flame that burns to its own destruction. Therefore, let your soul exalt your reason to the height of passion, that it may sing;

And let it direct your passion with reason, that your passion may live through its own daily resurrection, and like the phoenix rise above its own ashes.

Please note the words “reason alone is a force confining.”

Should you really be teaching generations of students that what is reasoned is “normatively” right? Some might be a bit more critical of illogicality if it was otherwise.

Where was the rationality just before the 2008 Credit Crunch? It was the greed of the bankers aided and, equally significantly if not widely understood, aided and abetted by the lust for power of the politicians who wanted, for electoral advantage, to create a feel-good factor well disposed towards them. Gordon Brown, Chancellor of the Exchequer and PM opted to drive blind, ultimately claiming credit for the escape from the crash. Liam Byrnes was more honest with the note he left for his successor “We’ve run out of money.”

Where was the rationality in Kim Burns’ whitewash of  Newcastle Labour controlled Council’s maladministered plans for cycle lanes on Gosforth High Street for non-existent cyclists in the name of the Local Government Ombudsman, without her actual endorsement?

Where was the rationality in the wording of Bindmans’ Advice that my case for judicial review was “bound to fail” in the context of a hundred-page dossier detailing maladministration? Where was the rationality ignoring altogether the malign role of Sustrans, the cycling charity and lobby in all of that? Did the fact that the Advice was endorsed by three other lawyers from Bindmans make it any more rational?

Where was the rationality in the decision Samantha Argyle of the one of the 17 Legal Ombudsmen, working overtime last Christmas, deciding that Bindmans didn’t need to answer my criticisms after another of their Ombudsmen, Stuart Knight, said that they should? All this again without the endorsement of the Chief Legal Ombudsman.

What a pity that Sir Ralph Wedgwood did not use his time at Oxford to use his family name and network to see how the UK and Ireland came to lose not one, but three of its most famous companies and this despite its many new business schools in the Universities.

What a pity that there were not more undergraduates and dons from the heartland of industrial UK in Oxford to assist him?

Now, let me relate this back to my personal experience as an Alumnus of Merton, Oxford.

I met with Ralph Wedgwood. He came to a performance of my play Death of a Nightingale at the New End Theatre in London and we had a meal together beforehand at Gouchos, but not then, before or since has there been any meaningful dialogue even though there should have been.

It is not for the want of my trying. Gaudies at Oxford are reunions of alumni. I went to one such Gaudy just after I had published my book Death of a Nightingale. The first thing that happened when we arrived was that we were all corralled by the Warden, Dame Jessica Rawson. with an appeal for money for a new T S Eliot lecture theatre. By the way she has a formidable name in Chinese Art. Draw a conclusion from that.

After the appeal for money I said to the Warden that I would welcome an opportunity to discuss my book. She congratulated me on it, but she said she was very busy. I am sure that she was.  I said, not with her, but with a don involved in Jurisprudence. From that day to this there has been no dialogue.

The main value of alumni to the college would appear to be that of a milk cow. At Gaudies there appears to be absolutely no attempt to get feedback from alumni.  It is not even the right way to try to get money if you think about it.

I do now need to make the general point that there is not all that much value in freedom of speech if the political elite of the Left as well as the Right suppress complaints and generally make it impossible for dissenting voices to be heard and discussed. Freedom to be heard is what freedom of expression should be about.

History repeats itself. When I was helping parents in their successful campaign to save their special school from closure the political elite on the Left resorted to smears, dirty tricks, blocking my emails – more than once, and outright censorship to silence me.

The nastiest was when it was put about at a Labour Party meeting that I had cancer of the brain while I was being treated for prostate cancer. The most vicious when Stage Magazine hired a Trot, Jonathan Lovett,  from the Public Service Union to do a hatchet job on my play. And the most outrageous when the Local Authority constructed a sting to discredit the governors and destabilise the school making it look as though there had been a £200k+ overspend that required a bail-out and. over three years, a contribution of £60,000 from parents, £20,000 of which was paid. I have a PowerPoint presentation detailing that.

Yes, we need social mobility all right, but not for the disadvantaged, more for the benefit of those at the top of the pile enjoying the fruits of our labours.