How to be Street-wise – Learning from life – I recommend it. A painful learning experience many years ago …

I will tell this story against myself, the plea in mitigation is at the outset. Cleverness is not enough! 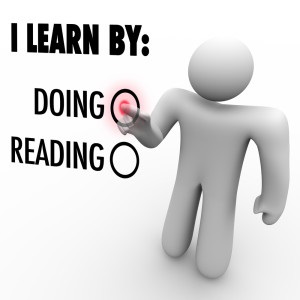 My youthful ambition was to quit Sunderland and the North East and become a barrister in Manchester. To that end I went to Merton College, Oxford to study Jurisprudence.

I won’t say that I didn’t benefit and enjoy it, but with two Roman Law papers, International Law, focus on Judge-made English Common Law, European Code Napoléon a no-go area and a tutor keener on Wordsworth than the Law (he later became Oxford’s Professor of Poetry), this partly explains what follows. Ros, my wife, wouldn’t have made the same mistake. With her degrees at Newcastle and Northumbria Universities, psychology in the first, and a much more practical law degree in the second, as a Tribunal worker in Sunderland CAB, they made her a much better lawyer than me.

Also at that time I had an infatuation with Jo Grimond’s Liberal Party until, much later, I saw the weakness of the Liberal, naivete. Also, without trying to plan it, a part of the picture as you will discover.

I join the Chambers of CN Glidewell at 25 Bow Lane in Manchester. I share one of the two attic rooms with two other barristers. One was Geoffrey Vaughan Davies, at that time Liberal PPC for Manchester Withington, and Eddie Perez, who brought his expertise in cotton from Columbia to Manchester, the wisest of the three of us. Our room had one leather topped table and a small oak bookcase and no carpet.

Meanwhile on the first floor, Albert Shuttleworth, our clerk. Well, I am in Lancashire. He told me I mustn’t have a calling card but even an archaic profession can change. Today Chambers have websites!  On this floor barristers with the luxury of a room to themselves. CN Glidewell gave the Chambers its reputation for planning law; in a fine tradition he is my “pupil master”. I went with him to planning enquiries in his splendid Bristol car, his pride and joy. This was my first acquaintance with the planner and with powerful cross-examination. Invariably the planners were rutted before he started and gutted afterwards. (I was to deal with the same breed much later in my life employed in Sunderland LEA and in Newcastle Council’s Transport Major Projects trying to squeeze cycle lanes and red lines into Gosforth High Street.) CNG had been the Liberal PPC for Clitheroe in the ‘Thirties – anti-bolshiness being part of his DNA, as mine. Bindmans LLP beware!

Next door, Donald Summerfield, in summer invariably tanned from his holiday on Shell Island in North Wales. Secretary of the Manchester Liberal Federation. Later he became Manchester City Coroner. Then Iain Glidewell, also Liberal by instinct, later Sir Iain Glidewell, Lord Justice of Appeal. He was to tell me that when he received this appointment his father cautioned him against selling out to the establishment! And he didn’t.

They all set a bench mark for wisdom, integrity, and professional excellence that I never found matched in the UK. However, I did later find it in the USA when by chance a top trust-busting American attorney invited me to visit his sumptuous workplace in Manhattan, carpeted throughout – headed up by Judge Rosenman, speech writer to Roosevelt and Truman.  There I discovered that they didn’t need barristers and solicitors or wigs for that matter. Heresy to suggest that in Oxford!

I come now to my first job. My pupil master gave me a brief to work on. It was an accident in a factory. I rejoiced. I could wax eloquently on Donogue v Stevenson and the Law of Negligence. Alas, when I presented this to him, he said, “But what about the Factory Acts?”

You will not be surprised that after three years I left there to join Douglas Robinson, the newly appointed secretary of the Liberal Party at 58 Victoria Street, London, his remit to bring the Party into the 20th Century half way through it. I still remember walking into the yellow, nicotine stained walls and the cloud of dust that came up from the mat in the entrance hall as we removed it.

DOING THAT was another three-year learning experience and it is another story.

In the Prologue to Death of a Nightingale I now quote TS Eliot.

“We shall not cease from exploration. And the end of all our exploring will be to arrive where we started and know the place for the first time.”