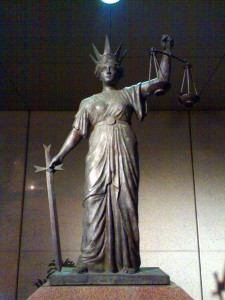 I am writing three more posts to conclude this saga. I told it in slow motion in 25 instalments in my Blog. It started many months ago when I attempted to complain about an insane plan to put cycle lanes and red lines along a very narrow, already congested main arterial road lined with shops, offices and restaurants that is known locally in Newcastle as Gosforth High Street.

Here, in this post, I focus on my attempt to get Bindmans’ LLP to write a Pre-action Protocol letter to initiate judicial review proceedings against the Local Government Ombudsman. Although I gave them a 100-page dossier they said the case was “unarguable” and “bound to fail” and their professional rules precluded their writing the letter, mine as a barrister (non practising) likewise precluded me

In the next, I shall suggest that loyalty or, more banal, work imperative pre-empts integrity; this leading people to call black white and defend the indefensible. Here my closing letter to BLM, solicitor retained by Bindmans LLP to deal with my threatened action in the Small Claims Court for Negligence and Breach of Contract,and a summary of the breakdown of checks and balances that should provide an early warning of a cock-up and process legitimate complaint.

The third and last will deal with the cost and the long-term consequences.

Death of a Nightingale flagged up how a small group of political, highly egocentric zealots hijacked the State’s Special Educational Needs policy closing over 100 special schools in the UK. Those zealots never factored in human fallibility, especially their own. They never realised how the pursuit of equality could, at times, be extremely unfair and totally ignore diversity.

This series of posts deals with another set of political highly egocentric zealots, the cycling lobby notably Sustrans, the national cycling charity based in Bristol, Britain’s first Cycling City. They have hijacked the State’s Transport system. Suppressing complaints has helped to entrench them, aided and abetted by the ratchet of State inertia and Ministerial and Parliamentary dictat. So the waste, the idiocy and the public inconvenience continue and necessary spending on electric autonomous vehicles is almost totally ignored .. until you break the ratchet.

Human fallibility causes cock-ups – Human culpability perpetuates them. Both compounded by bureaucratic ineptitude and cover-up; no shortage of white paint!

Q 1. Is this prima facie evidence of evidence of maladministration by Newcastle City Council?

Q 2. Is this evidence that Ms Kim Burns, an Assistant Legal Ombudsman, empowered to decide, was biased when she dismissed the evidence?

She is happy to dismiss all of this and ignore the professional survey conducted by Duncan Young showing that only about 70 cyclists a day use the High Street. She also ignores figures in National Cycling to Work Statistics 2001 -2011 and its implications for Newcastle. This does suggest that the Cabinet received inaccurate information and were very much an important part of the motivation

She ignored the photographic evidence I sent her showing that the car park is full in an evening. There is reference to alternative parking on Moor Road North and South para10.9 of Newcastle City’s response to the LGO> and “parking outside existing properties to the South of the High Street where the residents currently park on the cycle lane.” These options have no merit whatsoever. The City Council says that its survey suggests that only 44% of visitors to Gosforth are car based, 41% on foot, and 66% public transport, cycling and walking. 10.25 Newcastle Council’s Response to the Ombudsman>. These figures cannot be right at all material times.

Ms Burns ignored the letter from Duncan Young of 12 June and the details of the 2,142 responses of those travelling to the Gosforth High Street with figures that call them into question. Much more seriously she ignored my reference to the new Gym and to the 78 organisations that use Trinity Church as a city hub. Any survey there in the evening – a pity it was aborted p31-33> – would totally invalidate the city’s survey. Not many people would go to meetings in Trinity Church on foot on a cold and wet winter’s evening. Nor would they go by bicycle. Most likely by car and by bus and, if by car, they would need a nearby car park.

“The Assistant Ombudsman will seek the prompt input of the Executive Director and/or Ombudsman direct (and not through the Executive Assistants) on all cases: · where there is no established precedent · where the proposed settlement is contentious or involves a particularly high financial component, and · where our case handling has potentially put our reputation at risk.”

Dr. Jane Martin refused to sign off Ms Burns’ Report despite repeated requests by me to do so.

Q 3. Should the Bias argument fail – is Bindmans’ Advice right or wrong?

Q 3. Were Bindmans LLP right to say that a case of judicial review of the Local government Ombudsman was “Unarguable” and “Bound to Fail” – justifiable or outrageous?

24 As a non-practising barrister, you will be aware that barristers are prevented by their professional obligations from advancing any contention that they do not consider to be properly arguable.23 <It is not necessary for me to speculate about the motivation but, in the context of the Advice as a whole, this paragraph is intimidation and it perverts the course of justice in that it effectively prevented me pursuing judicial review proceedings against the LGO.> As solicitors, we are similarly prevented by the SRA Code of Conduct 2011 from drafting any documents, relating to any proceedings, containing a contention that we do not consider to be properly arguable.24 We are therefore unable to draft a pre-action protocol on your behalf since, for the reasons given above, we do not consider there to be any properly arguable grounds for judicial review. <In the context of my alleging that you have declined to respond to repeated requests that you answer my criticisms of this Advice, this further evidences your lack of duty of care – your negligence. Your complaints policy that I successfully challenged also points in the same direction.>